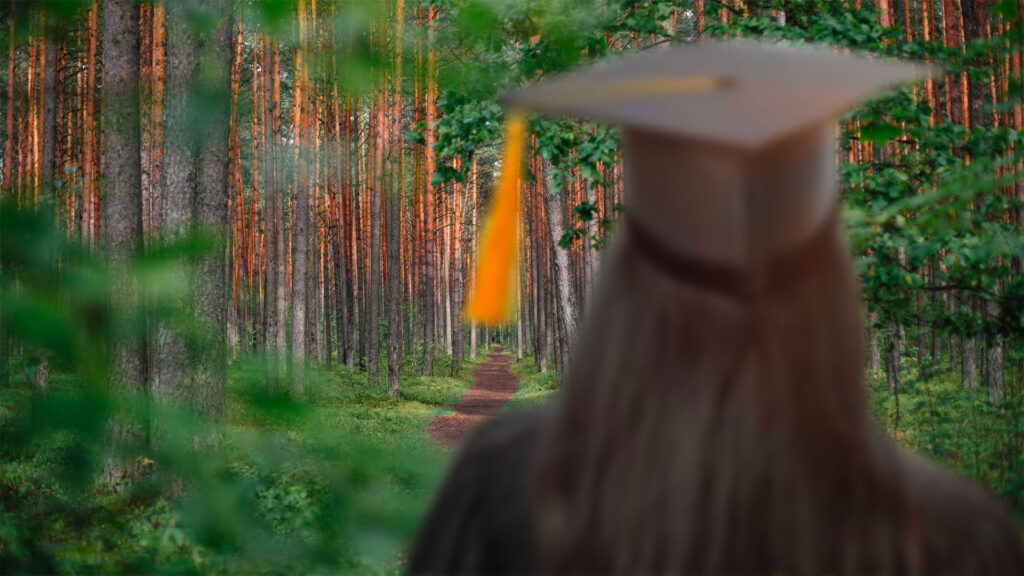 I have six children (not including the 200+ at school, of course) who regularly and incessantly ask me that very question. They find it to be such a useful word that it is invoked in virtually every imaginable situation. When they were very small I recall finding those questions elicited emotions ranging from amusement to delight in me. Unfortunately, and unlike wine, that has NOT improved with age. The most common response now would be feigned deafness, which at my age is beginning to gain plausibility.

In addition to my “day job” I teach voice lessons privately and for a local University. Over the years I have watched many a music major sink into the abyss of music “majordom.” They become disheartened with the demands placed upon their time, their emotional reserves, and the mental energies. They become jealous of the time they are not spending with roommates, boyfriends or girlfriends, spouses, and in pursuing interests outside the realm of music.

The disenchantment can be overwhelming. Although some of these students are going through the initial realization that an enjoyment of music may not be the best foundation for becoming a music major, there are others who are viable, even excellent candidates to continue on to a wonderful career in this profession. Despite that embryonic ability they lose their way.

That description of music majors is also an apt description of something that happens to many of us, maybe even all of us, who are already successfully plying our trade conducting choirs for a living. I have been doing so for twenty three years now.

During some recent self-evaluation I came to the conclusion that I needed to follow the advice I have so often given those young college students after asking; “why did you begin this journey? What motivated you to want to take on a major like this with classes worth a fraction of the credit they deserve, thousands of hours of microscopic, self-inflicted nagging, and all for a salary which broken down to a dollar-per-hour amount will qualify your children for free and reduced lunch and may even qualify you for food stamps?”

The answer, from those who are the future of our profession is always similar. “I have found joy and meaning in my life through this art and I want to help others do the same.” Rediscovering that core can become the renewable energy source that keeps our motors going when the extrinsic sources seem to be running dry.

I believe there are a few keys to remaining attached to that core.

First, never stop learning. A wise mentor once told me that when we stop learning, regardless of our years of experience or accumulated accolades, we begin to die.

I have found similar sentiments in some of my readings. I like the following quotation from Agnes de Mille.

Living is a form of not being sure, not knowing what next or how. The moment you know how, you begin to die a little. The artist never entirely knows, We guess. We may be wrong, but we take leap after leap in the dark.

Opportunities for growth abound; conferences, workshops, classes, and colleague collaborations are readily available and widely advertised. Our perennial process of programming can offer its own opportunities to expand.

Discovering new literature, regardless of the century of origin, is an invigorating and challenging endeavor. Sometimes it is hard to resist the “recycling” mentality with tight schedules and tighter budgets. Even a portion of your annual programming discovered outside your current expertise can awaken both the mind and the soul of a musician.

Second, make sure that the ever critical process of rehearsal evaluation has a balance.

During the formative assessment process balancing positive feedback with critical feedback is essential. I recall a student who had been with me for four years commenting during her senior year that I was different. When I enquired as to her meaning she indicated that previously I had identified what they were doing wrong, even told them how to fix it, but had neglected to reinforce when it was fixed. I have never forgotten her unspoken advice.

At a music conference recently I had the opportunity to spend an hour visiting with some of my colleagues from around Idaho about approaches to running a choral program. It was a great hour of shared insights and reflection. At the end I was given some feedback about my choirs that provided a much needed and fresh perspective. I returned to my singers and expressed an awakened appreciation for the good that was happening and a realization that I was on the edge of that abyss I mentioned earlier. It was a powerful reminder of a lesson I learned conducting a church choir. No matter what my critical musician’s ears are hearing there is good to be found, but only if I look for it.

Finally, accept the full nature of the job we do. Students, young singer musicians, place a precious and very personal part of themselves at our disposal. Yeates provides a wonderful reminder of the nature of the trust placed in a conductor;

But I, being poor, have only my dreams;
I have spread my dreams under your feet;
Tread softly because you tread on my dreams.” (From Wishes for the Cloths of Heaven by William Butler Yeats)

In so doing, and with the ever vigilant guidance of a good conductor, we can change lives. I share the following letter with you that I received from a community member I do not know after a performance of the Mozart Requiem by our local symphony and the combined efforts of three area high school choirs

Ever since my son, daughter-in-law, and I attended the Mozart Requiem I have been going to thank you and your excellent choir for making the 14th of April a night I shall always remember. It was not just a performance, but a sacred offering by every member of the Idaho Falls Symphony as well as every student that participated in the choir. It left us with a peace and a beautiful spirit that we could all take home with us. You certainly must have had angels accompanying you and the choir.

I share this not for self-promotion – I was only a small part of this performance, but as a reminder of similar letters I am sure we have all received testifying to the power of this art we call both vocation and avocation.

Those are the moments that most profoundly answer the question, “why?”